About the DOPEY CHALLENGE Program 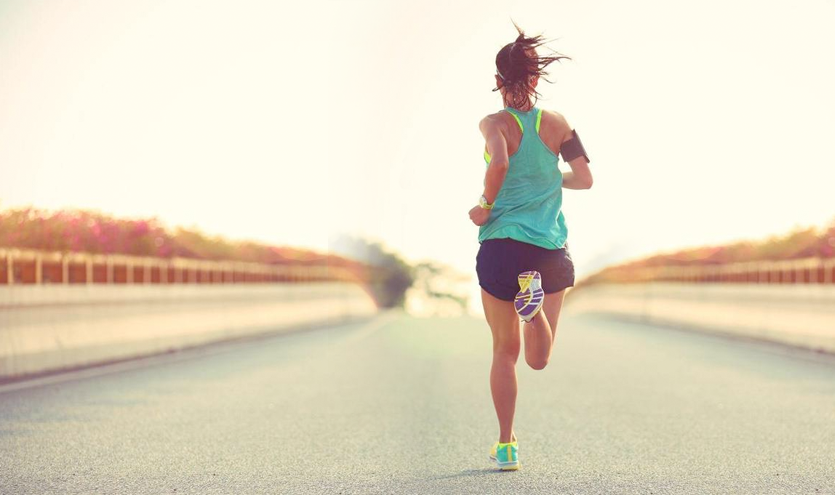 Hal on his DOPEY CHALLENGE Program

THIS IS DOPEY: For those accepting the Dopey Challenge at the Walt Disney World Marathon, here is your training program.

Can those of you signed up for Dopey handle the high level of training necessary for your survival during four races on four successive days? The marathon, any marathon, is an unforgiving foe. You can’t cheat on the exam. There is no crib sheet you can strap around your wrist to get you to the finish line. You need to do the training. Fast forward–or perhaps more accurately, fast downward–to the chart for my Dopey Challenge Program below. Look at Week 1, specifically the Sunday run scheduled for Week 1. Holy Mickey: 13 miles! Seems like a lot for the first week of any training program. Maybe so, but unless your attitude is “ho hum,” I hope you have not sent Disney your $495 entry fee. Don’t kid yourself. Dopey is not for first-timers. It is a hard-core and in-your-face challenge. Only experienced runners need apply, meaning: those of you with more than a few half marathons and full marathons under your belts, not to mention a few 5K’s and 10K’s too.

Assuming you are not quivering with fright, let me point out a few unique aspects of the Hal Higdon Dopey Challenge Program. In creating Dopey, I used as my base Novice 2, one of my gentler marathon training programs. Compare the first two or three days of each week of Dopey with Novice 2, and you will see they offer mirror images. That is partly because I do not want you to overtrain for Dopey. I do not want you to mindlessly pile on extra miles, which you might do if I chose as my base one of my Intermediate or Advanced programs. The key to Dopey is in the weekend runs, not merely increasing miles weekly, but gradually introducing you to running on more consecutive days than you might otherwise run: two days, three days, inevitably four consecutive days.

That’s the Big Picture. Following are some further directions for those accepting the Dopey Challenge:

Long runs: The key to the program is the long runs on weekends, which build from 13 miles in Week 1 to 20 miles in the climactic Week 15. (After that, you taper to get ready for the marathon.) You can skip an occasional workout, or juggle the schedule depending on other commitments, but do not cheat on the long runs. Notice that although the weekly long runs get progressively longer, every other week is a “stepback” week with the long run on Saturday and cross-training on Sunday, a reduction in run mileage to allow you to gather strength for the next push upward. Rest is an important component of any training program.

Run slow: For experienced marathoners, I recommend that they do their long runs anywhere from 30 to 90 seconds or more per mile slower than their marathon pace. I assume that this is not your first marathon. You should have a good idea of how fast you can run a marathon based on your current fitness level. As for your ability to run that time after races on three prior days, well, we’re all in unfamiliar territory. So don’t worry. Simply do your long runs and maybe the runs before those long runs at a comfortable pace, one that allows you to converse with your training partners, at least during the beginning of the run. Toward the end, you may need to abandon conversation and concentrate on the act of putting one foot in front of the other to finish. However, if you find yourself finishing at a pace significantly slower than your pace in the first few miles, you probably need to start much slower, or include regular walking breaks. It’s better to run too slow during these long runs, than too fast. The important point is that you cover the prescribed distance; how fast you cover it doesn’t matter.

Walking breaks: Walking is a perfectly acceptable strategy in trying to finish a marathon. It works during training runs too. While some coaches recommend walking 1 minute out of every 10, or even alternating running and walking as frequently as every 30 seconds, I teach runners to walk when they come to an aid station. This serves a double function: 1) you can drink more easily while walking as opposed to running, and 2) since many other runners slow or walk through aid stations, you’ll be less likely to block those behind. It’s a good idea to follow this strategy in training as well. You will lose less time walking than you think. I once ran a 2:29 marathon at age 49, walking through every aid station. My son Kevin ran 2:18 and qualified for the Olympic Trials employing a similar strategy. And Bill Rodgers took four brief breaks (tying a shoe on one of them) while running 2:09 and winning the 1975 Boston Marathon. Walking gives your body a chance to rest, and you’ll be able to continue running more comfortably. It’s best to walk when you want to, not when your (fatigued) body forces you too.

Cross-training: Alternate Sundays in this training program are devoted to cross-training. What is cross-training? It is any other form of aerobic exercise that allows you to use slightly different muscles while resting (usually) after your long run. The best cross-training exercises are swimming, cycling or even walking. What about sports such as tennis or basketball? Activities requiring sideways movements are not always a good choice. Particularly as the mileage builds up toward the end of the program, you raise your risk of injury if you choose to play a sport that requires sudden stopping and starting. One tip: You don’t have to cross-train the same each weekend. And you could even combine two or more exercises: walking and easy jogging, or swimming and riding an exercise bike in a health club. Cross-training for an hour on Sunday will help you recover after your Saturday long runs.

Strength Training: A frequently asked question is: “Should I add strength training to my marathon program?” If you have to ask, you probably should not. I strongly endorse strength training for maximum fitness and longevity, but if you never have pumped iron before, now is probably not the time to start. Wait until after you have the bling hung around your neck. Tuesdays and Thursdays work well for strength training–after you finish your runs on those days. Obviously during weeks where you do three or four consecutive runs, you may need to bypass the weight room.

Midweek training: Training on Tuesdays and Thursdays should be done at a comparatively easy pace. As the weekend mileage builds, the Tuesday and Thursday mileage also builds from 3 to 5 miles. Midweek workouts on Wednesdays build from 5 to 8 miles, many of them done at race pace. (I call these my Sorta-Long Runs.) There are similar slight advances on Tuesdays and Thursdays. The program is built on the concept that you do more toward the end than at the start. That sounds logical, doesn’t it? Believe me–as hundreds of thousands of marathoners using this schedule have proved–it works. How fast is “comfortably easy?” That might vary from day to day. On Tuesday after a day’s rest, you might find yourself running faster than race pace. On Thursday after two days of running, your pace might be significantly slower.

Race Pace: What do I mean by “race pace?” It’s a frequently asked question, so let me explain. Race pace is the pace you plan to run in the race you’re training for. If you’re training for a 4:00 marathon, your average pace per mile is 9:09. So you would run that same pace when asked to run race pace (sometimes stated simply as “pace” on the training charts). If you were training for a 5K or 10K, “race pace” would be the pace you planned to run in those races. Sometimes in prescribing speedwork, I define paces for different workouts as 5K pace or 10K pace. One final comment about Race Pace. You are training for four separate race distances. So which race do you use for measuring pace. I would say, all four. Feel free to innovate. Listening to your body always works.

Rest: Despite my listing it at the end, rest is an important component of this or any training program. Scientists will tell you that it is during the rest period (the 24 to 72 hours between hard bouts of exercise) that the muscles actually regenerate and get stronger. Coaches also will tell you that you can’t run hard unless you are well rested. And it is hard running (such as the long runs) that allows you to improve. If you’re constantly fatigued, you will fail to reach your potential. This is why I include two days of rest each week for Dopey runners. If you need to take more rest days–because of a cold or a late night at the office or a sick child–do so. The secret to success in any training program is consistency, so as long as you are consistent with your training during the full 18 weeks of the program, you can afford–and may benefit from–extra rest.

Consecutive Days: You probably already have figured this out, but the key to this Dopey program is within Weeks 9, 11, 13 and 15, when I ask you to run three and eventually four consecutive days. That is the pattern you will face when you arrive at the Magic Kingdom; that is the pattern you need to use in your training. The chart for Dopey training is below. There is also an interactive version of this program available from TrainingPeaks.

I am a Perfect Dopey which means I have run every Dopey including the Virtual at Disney in 2021. HH’s Dopey plan is the best to use!